Temperatures dropped into the teens last night on Palomar Mountain and there is a substantial coating of ice on the roadways and observatory grounds. As a result, we remain closed to the public today.
Posted by Palomar Observatory at 12:02 PM No comments:

A mix of snow, rain, fog & wind is producing potentially dangerous travel conditions on Palomar Mountain today. As a result the observatory is closed to the public today.
Posted by Palomar Observatory at 11:30 AM No comments:

For anyone out there that may have notice the huge drop in the number of blog posts here in teh last two months, other duties that have temporarily come my way over the last few months have dominated all of my time and have kept me from working much at all of my real job. Do not despair as more images, news and history will eventually be returning to Palomar Skies with the kind of frequency that was present in the past.

To help tide people over, here is another history photo showing the 200-inch telescope's south yoke. The photo was taken in the Westinghouse Electric and Manufacturing Company's plant in South Philadelphia on December 20, 1937.
Posted by Palomar Observatory at 7:13 PM 2 comments:

South and East Grade Roads are currently open and the severe weather has passed. You can always check to see it the observatory is open or not by calling our public information recording number (760) 742-2119.

Palomar Mountain has received more than 14 inches of rain in the last few days. At this moment both South Grade and East Grade Roads are closed due to rock and mud slides. With more weather expected, travel in the area is not recommended.
Posted by Palomar Observatory at 8:01 AM No comments:

Email ThisBlogThis!Share to TwitterShare to FacebookShare to Pinterest
Labels: weather

Over the weekend it was reported that main-belt asteroid 596 Scheila was experiencing a comet-like outburst. Solar system astronomers Michael Hicks and Kenneth Lawrence from the Jet Propulsion Laboratory happened to have observing time on Palomar’s 200-inch Hale Telescope last Saturday night and early Sunday morning they captured this image of "asteroid" 596 Scheila looking very much like a comet: 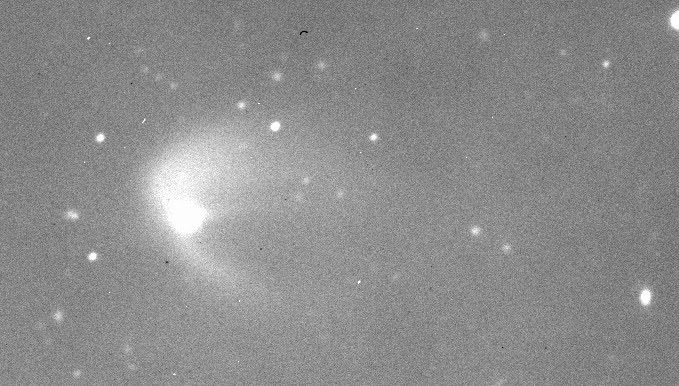 The two main ideas behind Scheila’s cometary outburst are that it is either a rare comet with an orbit inside the asteroid belt that started out gassing or that it has recently suffered a collision like the one in 2009 that befell an asteroid known as P/2010 A2.

Thanks to Mike & Ken for being kind enough to share this raw image of the event so soon after it was acquired!

For a related post see also, The Asteroid that Became a Comet and the Comet that Became an Asteroid.
Posted by Palomar Observatory at 4:17 PM No comments:

From earlier this week: Ice crystal clouds forming a halo behind the dome of the 200-inch Hale Telescope. The clouds parted enough to allow for over 12 hours of observing that night in the study of distant frozen worlds in outer solar system in a region known as the Kuiper Belt.
Posted by Palomar Observatory at 2:53 PM 2 comments:

Astrophoto Friday returns today with an animated gif of the discovery photos of dwarf planet Eris. Can you spot it?

Eris is the moving object near the left-hand side of the image.

The discovery of Eris was made by Caltech's Mike Brown and his partners. They first imaged this distant world of the Kuiper Belt using Palomar's 48-inch Samuel Oschin Telescope. The discovery rocked the astronomical world and helped to bump Pluto out of its planetary status. Both Pluto, Eris and some other worlds discovered by Mike at Palomar share a new category, that of dwarf planet.

The discovery and the turmoil that followed is the subject of a new book by Mike Brown which will be available on Tuesday, December 7 (both Gerard Kuiper’s birthday and Pearl Harbor day). 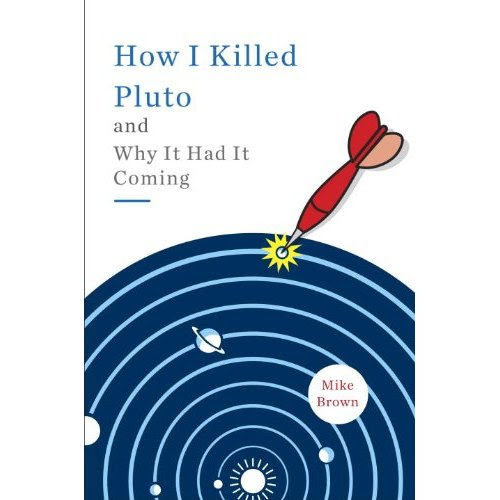